On 7 June, at midnight will be officially opened the summer season in Sunny Beach. Then will be the premiere of the new spectacle “The Game of Gods”, in which more than 30 artists from Bulgaria and Romania participate. The show is inspired by mysticism and fiction. The show can be seen in “Bedroom Beach”.

In the evening behind the platform will be the sensation of Mykonos island – Dj Agent Greg. The coupon will continue on June 8, when it officially opens the season and Cacao beach. The audience will entertain DJs Dennis Kruz and Tini Gessler.

On June 12th, a boutique performance for the 60th anniversary of Sunny Beach will take the lead of the Bulgarian music scene Lili Ivanova. The beginning is at 09.30 pm.

This summer on the southern beach in Sunny Beach will be set the beginning of a new series of parties on the beach – Trap on the beach. In them will take part – MBT, Marso and V: RGO. In 2019 behind the Bedroom Bedroom, there will also be a constellation of Bulgarian DJs: Mascota, FED, Dimo ​​BG, Gorro, C-Fusion, Vasco C, BIG D, Stephan Gee Steven and Yassen Petrov. 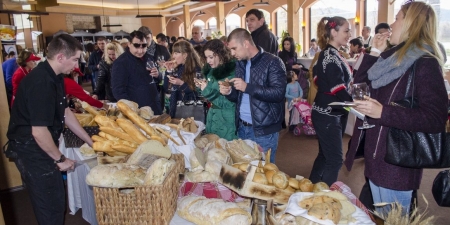