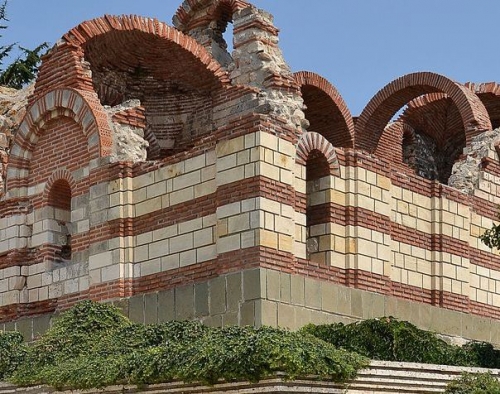 Saint John Aliturgetos is an Orthodox church, situated in Nessebar. It belongs to UNESCO World Heritage Site. Saint John Aliturgetos was built in the 14th century. The name of the church comes from the legend, that it was not consecrated due to the death of one of the workers during its construction ("aliturgetos" - "unconsecrated" from Greek). Although damaged during an earthquake in 1913, the architecture of this church marked a peak in the construction of religious buildings in medieval Bulgaria.

The architecture of this building is one of the best during Medieval Bulgarian times, due to its remarkable brick decoration. By alternating white stone blocks, red bricks and ceramic bowls, multicolored ornaments can be seen across the walls. All facades of the building are designed in a different and unique way. The preserved eastern façade stands out the most with its three beautiful apses, decorated with elegant arches and niches. Out of all the churches in Bulgaria, known from this period, the Arab influence has strongly inspired the decoration of Saint John Aliturgetos the most.