The Church of Sant John the Baptist, Nessebar 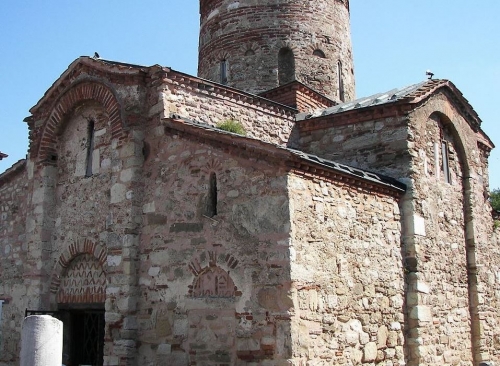 The Church of Sant John the Baptist is a medieval Orthodox Church,situated in Nessebar. It belongs to UNESCO World Heritage Site. It was built in the X-XI century. It is considered one of the best preserved churches in Nessebar.

Saint John the Baptist is a cross-domed and three-nave church. It was built of stone and red mortar, with light decorative elements on the outer walls. To the east, the building ends with three semicircular apses. The temple has been restored and frescoed. Numerous frescoes can be found on the dome of the temple. Some of the preserved images are a ktitor's portrait from the XIV century, located on the south wall and an image of St. Marina from the XVII century, located on the southwest column of the church. Today, this church is non-functioning and is included in a future project of the municipality of Nessebar for the protection of cultural and architectural monuments.