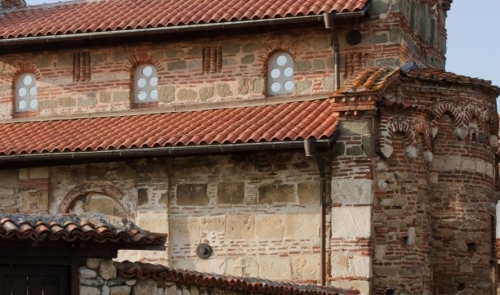 Saint Stephen, also known as The New Metropolis, is an Orthodox Church in Nessebar. It belongs to UNESCO World Heritage Site. It was built in the 11th – 13th century. This is one of the best preserved churches on the peninsula.

The architecture of the building is a three-nave basilica. It is built out of stone blocks and bricks. There are decorative bowls, typical for the 13th and 14th century on the eastern façade above the arches of the church. More than 1000 remarkable figures in 258 compositions are depicted on the inside of the building. At the entrance there is an inscription in Greek, which reveals that the reconstruction of the church began in 1599 during the reign of Metropolitan Christopher. This is where the name New Metropolis comes from.