The History of Saint Vlas 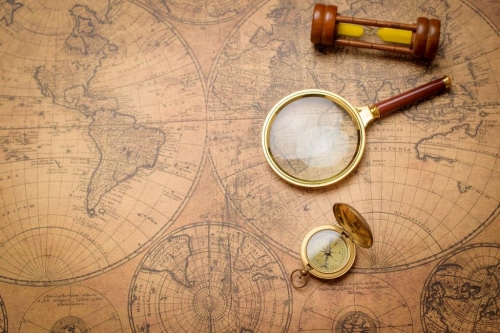 The long vacation is time for rest and recovery. It is smart, especially if you are with children or teenagers, to look for opportunities to gain impressions in different areas.

The bays on the Southern Black Sea coast have been attractive for settlement for millennia. The sea opens opportunities for the development of trade relations with nearby places and the world. The forest provides sustenance and food. The fertile lands around, often with alluvial soils or "chernozem"-the best soil for plants arround, push the development of food and beverage production.

Traces that give information about ancient life in our lands are everywhere.

When you are only 10 km from a museum town like Nessebar, your history is certainly millennial. Saint Vlas is not an exception. On the very beach and sheltered from the hills of Stara Planina, the place was noticed by the Thracians, who founded a settlement here. Traces of economic activity dating back centuries before Christ have been found.

During the Hellenistic period, around the 2nd century BC, when Greek colonists arrived here, the settlement was called Larissa. The etymology of the name suggests that there was a fortified settlement near Saint Vlas, similar to the fortress walls of Sozopol and Nessebar.
There are hotels, guest houses and restaurants with the word "Larissa" in the name in Saint Vlas. This confirms the historical awareness of people arround.

Near the modern Saint Vlas there was a large Stavropigal monastery "St. Vlasiy". "Stavropigal" means that the monastery was directly subordinate to the supreme ecclesiastical authority. At that time it was the Patriarchate of Constantinople.

In the 14th century, Larissa adopted the name of Saint Vlas. The Saint was the patron of merchants - close to the sea, and the stockbreeders - the nearby hills of the Balkans were famous for lush pastures, a healer - we told you about the unique climate of the region.
In the XVIII century the monastery of the same name was burned down. The name of the settlement remained.

Near Saint Vlas there were 4 more monasteries: St. Peter, St. Ilia, St. Andrew and the female St. Anna. Ruins of every holy cloister are scattered around. These traces of the past attract lovers of historical and archaeological tourism.

The monasteries were the landmark of the area. Several different ones from Sveti Vlas from the time of Turkish slavery remain in the archives. All of them are connected with the landmark monasteries: Kyuchyuk (small) monastery, Manastir village.

Local investors who cherish history have built several holiday complexes, in whose name the word "monastery" is embedded in honor of the past.

After the Liberation, the name of the settlement remained Saint Vlas.

For the curious and those who are interested in the past - history and archeology, we offer a guided tour of Nessebar, Sozopol and Pomorie.