The people of Saint Vlas 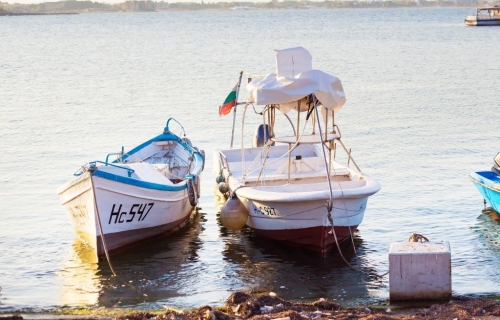 The sea! It determines the lifestyle and consciousness of the people who live near it. They are friendly, smiling and ready to talk to you.

In the small towns along the coast, people know each other. Whether you are a tourist who has chosen to spend a holiday at sea, or you are a foreigner who has chosen Saint Vlas as his second home, you are welcome. They will stop you, guide you, ask you about the way you live and how your loved ones are.
The sea connects people in one big community.
Although these lands are Bulgarian territory, they were attractive to neighboring nations. For centuries, until 1920, the local population was predominantly Greek. The situation is similar with Nessebar.

In the early 1920s, the local Greeks emigrated to Western Thrace - in the village of Chadarli, renamed in 1920 to Streami / today in the municipality of Sapes, Rhodope region /. Only 10 Greek families remained in Saint Vlas. At the same time, after the wars (1912-1918) Bulgarian families from Thessaloniki, Gyumri, 20 families from Мalaysia from Yenikoy and from other parts of Bulgaria settled here. The diversity is evident even nowadays. Everyone has brought with own different habits and customs. Then the sea made a smart combination of them and a homogeneous local community was formed.
At the end of the XX century and the beginning of the XXI, during the property boom, and especially after Bulgaria joined the EU, the local community became even more diverse. British and Irish, Russians and Ukrainians, as well as representatives of exotic nationalities settled arround. They have quickly adаpted to the the way of life of the local people and today it is difficult to distinguish them.
Everyone has brought with them a piece of their hometown, everyone has created their own home.
Come to Saint Vlas and a piece of your heart will remain occupied forever.

And three facts that determine development: