The Church of the Holy Saviour (St Spas) 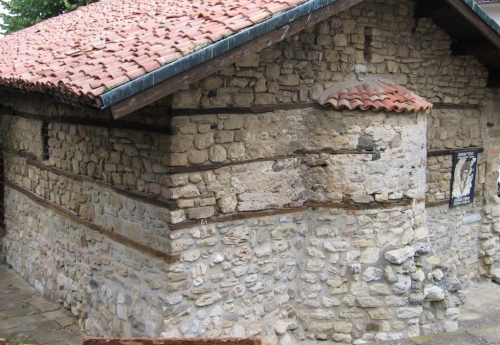 The Church of the Holy Saviour, also famously known as Sveti Spas, is a late medieval Orthodox Church situated in Nessebar. It was built in the year of 1609 during the reign of Metropolitan Kipryan. The tombstone of the Byzantine princess Mataisa Kantakuzina Paleologina (buried in 1441 in the "Old Metropolis") used to be kept in the temple, moved there by the Archbishop of Nessebar. Today the tombstone can be found in the Archaeological Museum.

The architecture of the church is a one-nave and one-apse building. The eastern facade is half dug into the ground due to the Ottoman slavery and the prohibition of Bulgarians to build temples. For this reason, the temple was built in way to not attract attention. The interior walls of the church are completely covered with restored and well-preserved frescoes. On the south and north walls are compositions from the Gospel, and below them are depicted figures of saints. In the apse is inscribed the scene of the “Virgin Platytera".